In 2001, Dr. Chris Leatt began designing neck brace prototypes. As a motorcycle rider, physician, and father of a young son, Dr. Leatt was struck by the near total lack of neck protection equipment in the sport. He began to look for ways way to help reduce the injurious forces that can be exerted on the neck during motorcycle accidents. At the time, Dr. Leatt was a neurosurgery trainee at an academic hospital. He had access to university expertise in medicine, surgery and bioengineering as well as to fellow motorcycle enthusiasts. In his spare time over the next four years, Dr. Leatt researched relevant medical literature, consulted with experts, and tested prototype braces. Dr. Leatt worked for five years to develop the Leatt-Brace. The first Leatt-Brace appeared on the market in 2006.

The Leatt-Brace uses what the inventor calls Alternative Load Path Technology to help absorb and disperse injury-producing forces. The brace is intended for use by participants in those wheeled or motor sports in which full-face helmets are commonly worn and the vehicle is not equipped with torso restraints (seat belts or shoulder harnesses).

Unlike foam collars, the Leatt-Brace is a semi-rigid platform. It is designed to help disperse energy away from the neck in the event of a crash. In the case of head impact, the helmet comes into contact with the top of the brace. The brace is designed to disperse the potential injury-producing load into the lower part of the brace, with the remaining energy traveling into the upper body in a controlled manner.

Leatt GPX PRO The Leatt® Pro neck brace is the pinnacle in neck brace technology! The Pro brace features a fully ventilated carbon-fiber chassis with completely redesigned, open-cell padding. The Pro Brace is the lightest, most ventilated and most comfortable brace we have ever designed and, like all Leatt-Braces®, is built around Alternative Load Path Technology™ to give you the confidence needed to compete at the top of your sport!

Transworld Motocross Magazine says: “The Leatt Fusion Vest 2.0 Junior is the perfect answer for mini riders who want the ultimate in protection." 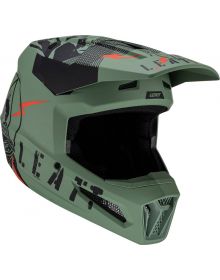 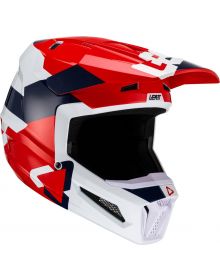 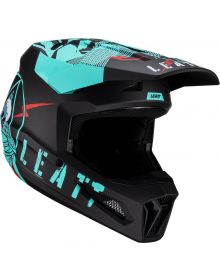 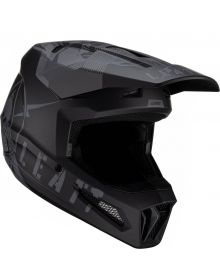