5 of the Largest Motorcycle Rallies in the Country 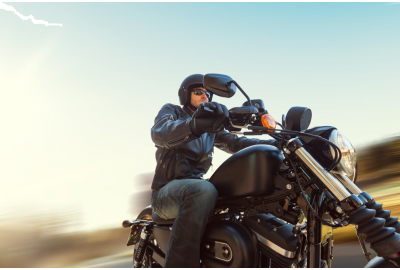 If you're a motorcycle enthusiast who can't wait to hop on your bike and join other like-minded people, you have plenty of opportunity to do so. Every year, multiple motorcycle rallies are held throughout the country, making it easy for enthusiasts to attend least one of them.

While a motorcycle rally can be considered a gathering of motorcycle enthusiasts of any number, some of them have grown to be the largest in the country. These modern-day motorcycle rallies not only include bikes, but also live music, food vendors, contests, and plenty of other kinds of outdoor fun. Some of them take place over a long weekend while others go on for days.

Often held in scenic locations, motorcycle rallies provide bikers with a chance to see some of the country's most beautiful scenery and visit historic sites and landmarks. Whether you'll be hitting the road solo or with a pack of bikers, here are five of the largest motorcycle rallies that are held throughout the year in the United States.

If it's fun and lots of sun you're seeking, along with a ton of motorcycle action, you'll want to head to Daytona Beach in mid-March. This annual event takes place an hour south of St. Augustine, Florida, and features a wide range of festivities including street festivals, live entertainment, and food and craft vendors.

The first Bike Week took place in 1937 but was canceled in 1942. The American Motorcycle Association canceled the event because of the limited supply of fuel and engine parts due to WWII. Five years later, Bike Week resumed, and now nearly 500,000 people from all over the country attend the 10-day event.

If you love motorcycles and also like to gamble, Laughlin River Run, which takes place at the end of April in Laughlin, Nevada, is the motorcycle rally for you. While this isn't the most attended motorcycle rally, it is still considered the largest motorcycle event in the West.

Besides hosting the annual event, which has been taking place since 1983, Laughlin, which sits on the Colorado River, is also home to several hotel/casinos, restaurants, boutiques, a few museums, and even a 34-lane bowling alley.

The event takes place each year in mid-June, and with 400,000 people attending, it is considered the second largest motorcycle rally in the country. With bike shows, poker tournaments, charity rides, gypsy tours, and live music, there is never a dull moment in Laconia during Motorcycle Week.

If you want to venture outside the community, the area also features Mount Washington, the highest peak in the Northeast, along with the New Hampshire Motor Speedway in Loudon.

The tiny town of Sturgis has a small population, but the community swells to overflowing during the Sturgis Motorcycle Rally. The annual event has been taking place since 1938 and brings nearly half a million people from all over the country to the Black Hills in South Dakota.

Located just one hour from Mount Rushmore, Sturgis is a favorite spot for bikers because besides the rally, you can explore sites and enjoy activities, including visiting Custer State Park and the Crazy Horse Memorial.

The Sturgis Motorcycle Rally is held during the beginning of August, and along with street foods and concerts, you can also experience the poker tournament and plenty of bike shows and racing events.

Considered the largest charity motorcycle rally, Bikes, Blues and BBQ has been happening every year since 2000. At the first event, only 300 riders were in attendance, but the four-day event now hosts 400,000 riders from every state in the country, as well as riders from around the world.

The event happens in Fayetteville, Arkansas, in the foothills of the Ozark Mountains. Proceeds from the charity motorcycle rally go toward underserved residents in Northwest Arkansas.

The family-friendly event is held during the last weekend of September, and along with delicious BBQ, visitors experience Harley-Davidson demo rides, helicopter rides, live music, poker runs, and a bull riding event.

No matter which event you are planning to attend, you'll need to make sure you're prepared. If you need riding gear, motorcycle accessories, or you need to replace certain parts on your bike, you can order all of that and more at Bob's Cycle Supply. Our company is employee owned and has been providing premium customer service and the best possible prices for over 40 years.